Hola Reinas,
As this year comes to a close,  I reflect on this year, 2014, with bitter sweet feelings.  First of all,  I lost my mother-in-law early this year on February 23rd, 2014.
My mother-in-law was a phenomenal mother and wife, whom was my biggest cheerleader.  She was very supportive and treated me as if I were one of her daughters.  I was extremely fortunate to have such a nurturing woman in my life.  I am dedicating this post to her as I  remember her giving up the deuces sign to all the family members in her last days.  Deuces!﻿﻿
On a lighter note, I am thankful for all my family members especially my husband and son. I was able to spend many memorable moments with them.  However, the best was our beautiful trip to Disney to celebrate my son's 9th Birthday.  It was an unforgettable experience to witness my son's facial expressions as he embarked on a magical journey full of rides.  Disney World was simply magical and whimsical! 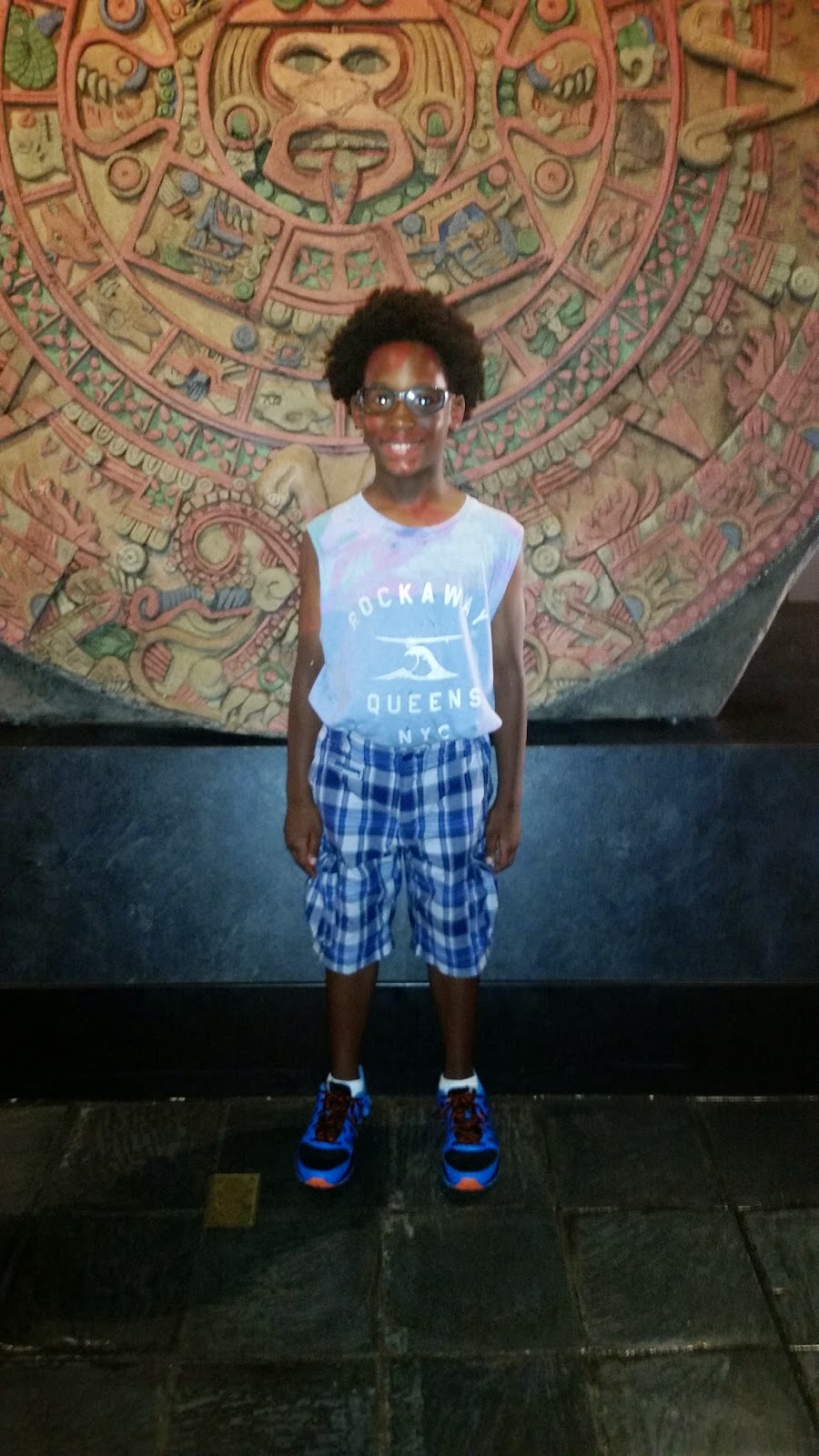 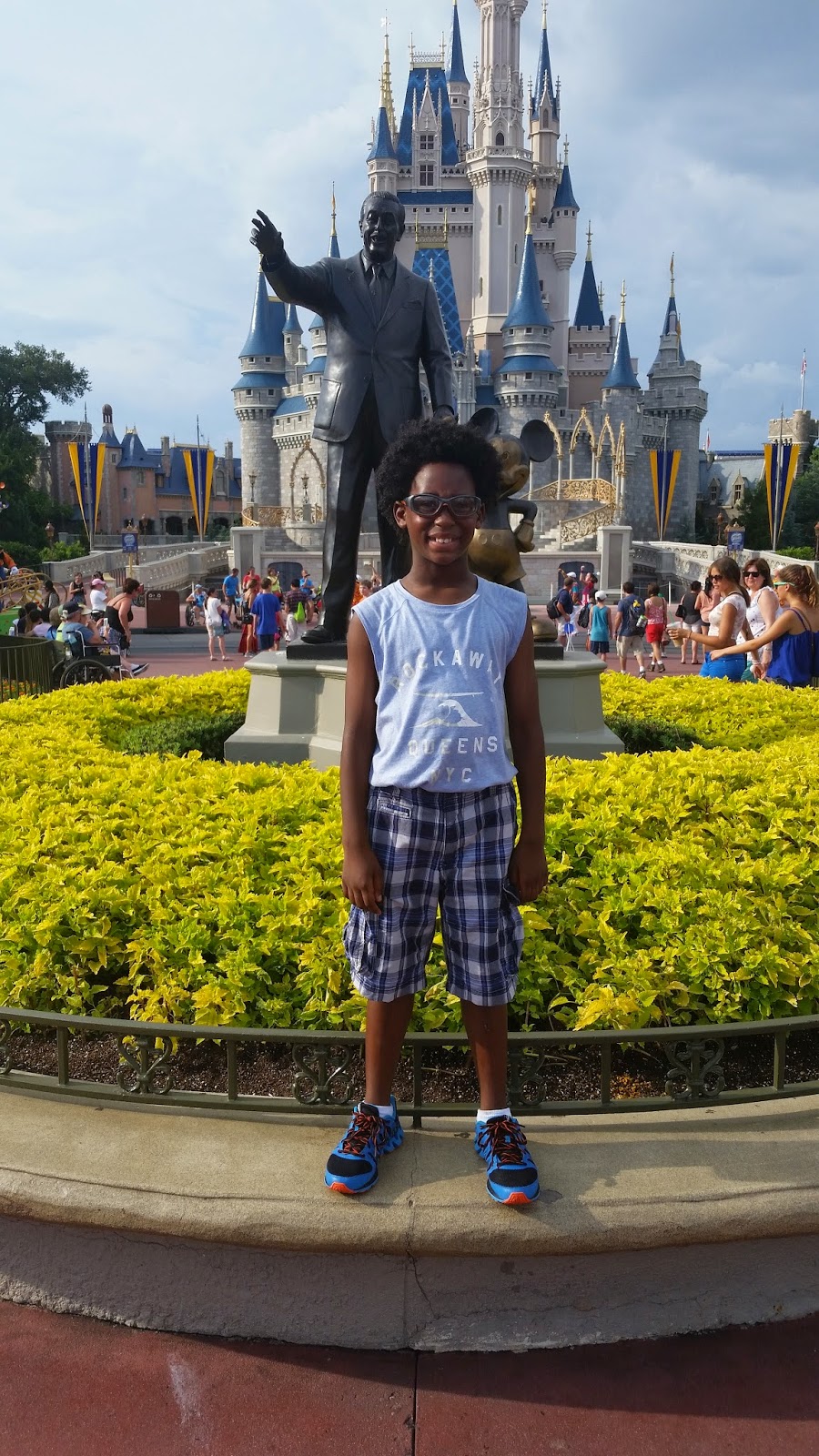 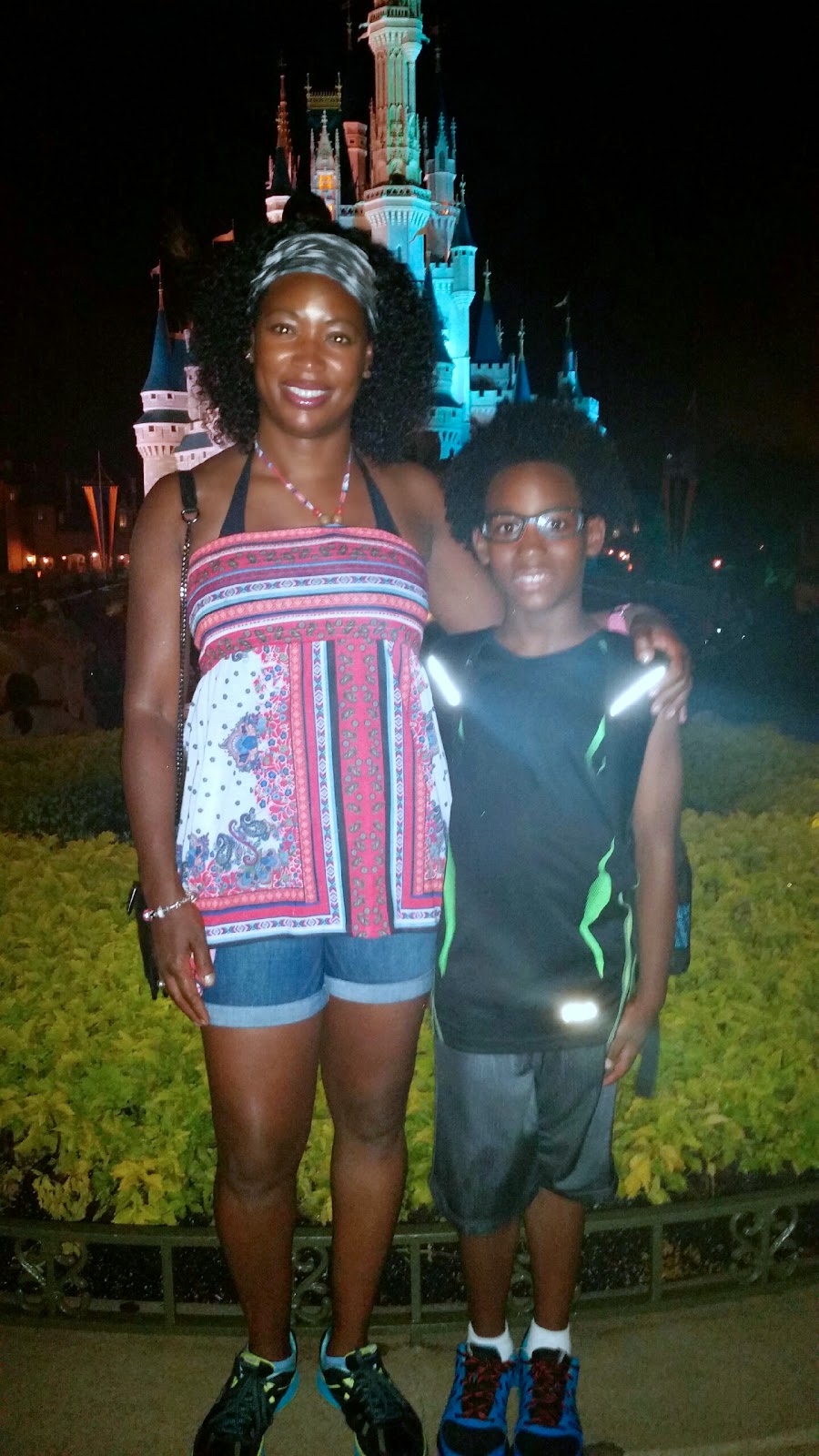 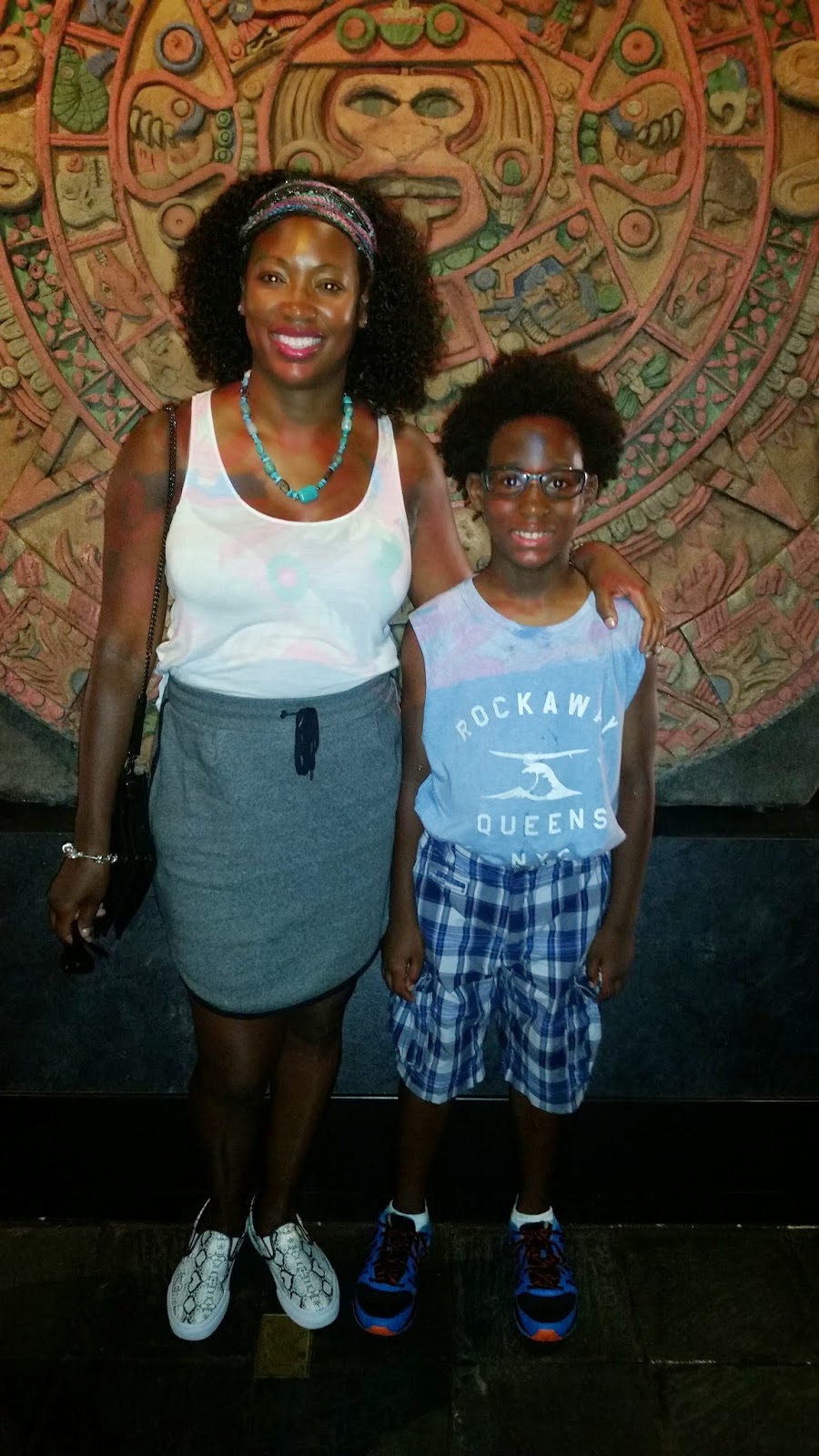 I am thankful for my wonderful birthday celebration at my house.   My house was filled with much mocha love and sisterhood.  I am very fortunate to have such beautiful and dynamic women in my life!

I am also thankful for a great Christmas Day in company of my husband and son.  We once again continue on our tradition of Christmas in the City.  We went to see the Christmas tree in Rockefeller Plaza.
Lastly and most importantly, I am thankful for a healthy year for my family and I! 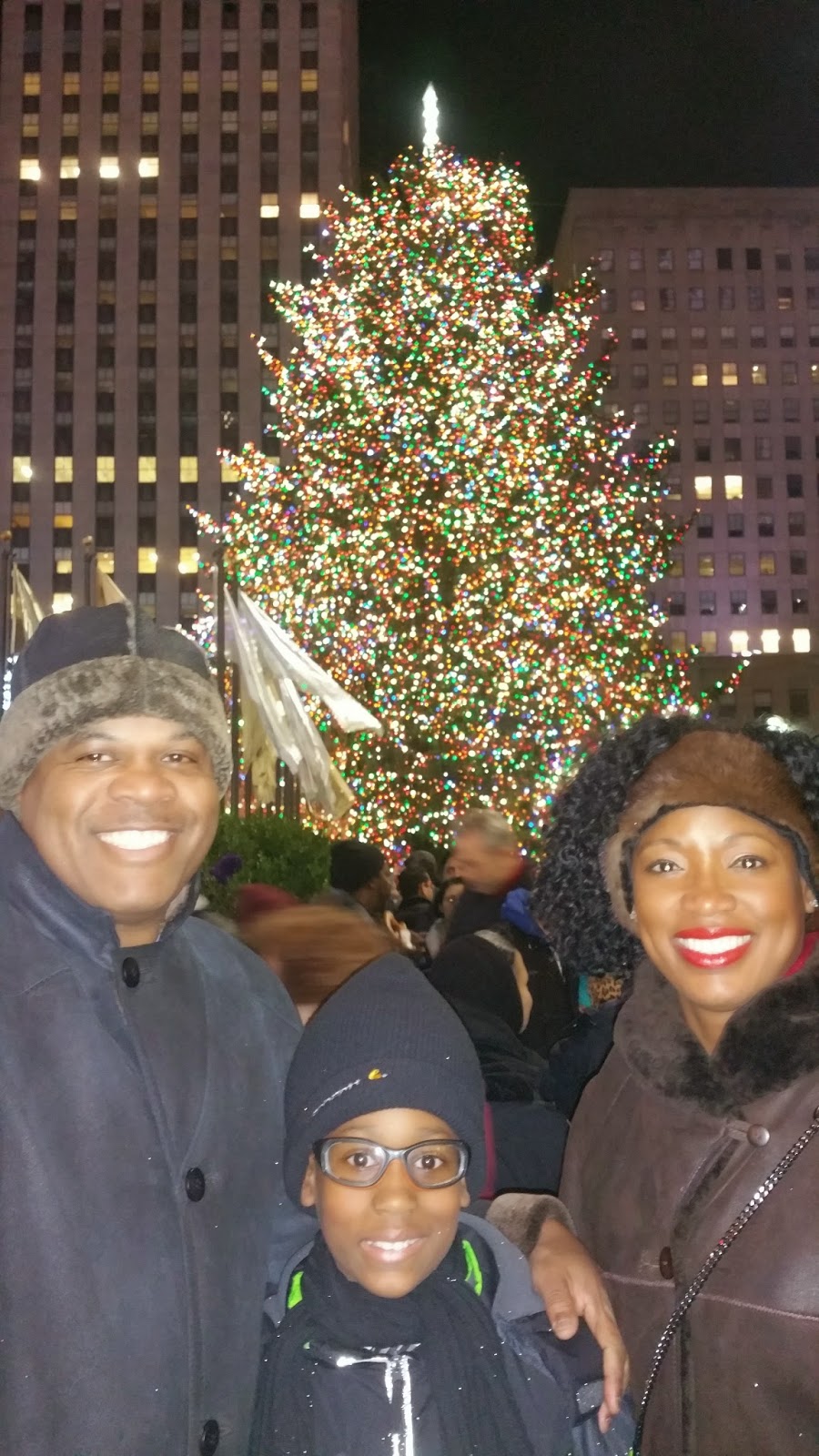 May the year 2015 be filled with health, love, and joy for all my friends, mochas, and sorors!
**Remember**BE the Driver of Your Destiny!  Drive with Confidence because you are an Intelligent and Fabulous Woman!
Posted by La Reina Afro-Latina at 3:44 PM No comments:

Inspirational Quote of the Day!

"Every great dream begins with a dreamer. Always remember, you have within you the strength, the patience, and the passion to reach for the stars to change the world."~ Harriet Tubman
Posted by La Reina Afro-Latina at 12:10 PM No comments:

"I WAS MY OWN ROUTE"

Julia de Burgos- is one of my favorite poets that I studied in grad school.  She is considered by many one of the greatest poets of Latin America.  Julia was born in Puerto Rico on February 17, 1914 and died in Harlem on July 6, 1953.  Writing in the 1930’s through the 1950s,  de Burgos was ahead of her time in grasping connections between history, the body, politics, love, self-negation, and feminism.
The following poem is the translated version of "Yo Misma Fui Mi Ruta".  This poem speaks about making your own path in life. 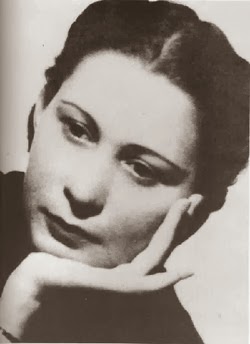 I WAS MY OWN ROUTE

I wanted to be like men wanted me to be:
an attempt at life;
a game of hide and seek with my being.
But I was made of nows,
and my feet level on the promissory earth
would not accept walking backwards
and went forward, forward,
mocking the ashes to reach the kiss
of new paths.

At each advancing step on my route forward
my back was ripped by the desperate flapping wings
of the old guard.

But the branch was unpinned forever,
and at each new whiplash my look
separated more and more and more from the distant
familiar horizons;
and my face took the expansion that came from within,
the defined expression that hinted at a feeling
of intimate liberation;
a feeling that surged
from the balance between my life
and the truth of the kiss of the new paths.

And I was all in me as was life in me…

I wanted to be like men wanted me to be:
an attempt at life;
a game of hide and seek with my being.
But I was made of nows;
when the heralds announced me
at the regal parade of the old guard,
the desire to follow men warped in me,
and the homage was left waiting for me.
--Julia de Burgos (1914-1953)
Posted by La Reina Afro-Latina at 9:56 PM No comments:

Quotes of the Day!

In celebration of Black History Month,  I will be posting quotes of inspirational figures who have changed the world with their spoken words.  Today, I am featuring one of my favorite poets, Maya Angelou.

Posted by La Reina Afro-Latina at 6:49 PM No comments:

Posted by La Reina Afro-Latina at 10:01 PM No comments: 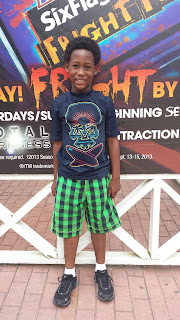 On August 8th, we celebrated my son's, Narmer, eighth birthday.   Wow!!!  Time has flown by so fast.  It is still fresh on my mind when my husband and I brought him home from the hospital (NYU Medical Center - Manhattan) measuring 20 inches, six pounds & 11oz.  Today, he stands at 4'4", 69 lb.  My gift of joy is growing up into an outstanding young little man.

My son has brought the BEST out in me.   He is one of the reasons why I returned to school to pursue my Masters in Education and becoming a teacher.  I am ready to take on the world and make an impact on the future of our children.  He has inspired me to put my best foot forward each and every day with dignity and pride.  I have really enjoyed this chapter of my life as a MOM.  It has been very enlightening and rewarding, and I am looking forward to the upcoming challenges in my new teaching career.   I now have the ability to make a positive impact on many children in our community, year after year!!!

To celebrate his birthday, I brought cake and pizza for all children at his soccer camp.  In addition, on Monday, August 12th, my husband and I took him to Great Adventure.  Narmer  was able to ride many roller coasters with his father and also participate in the Safari adventure, which I highly recommend.  Considering that it is in Jackson, New Jersey,  the Safari was an exhilarating and interactive experience.  In a Safari vehicle, we explored 350-acre preserve with over 1,200 animals from six continents including elephants, rhinos, tigers, giraffe,  and lions. 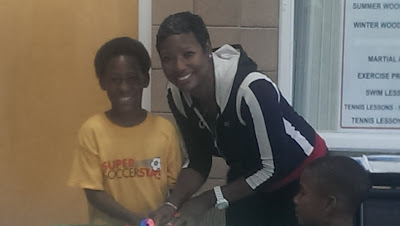 We literally closed down the park at 10:00 p.m. and returned tired from a fun-filled day. 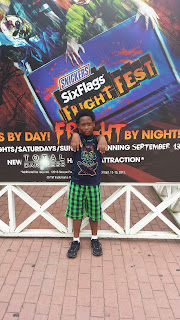 P.S.-- The lines are very long.  We purchased Flash Passes (Platinum) in order to avoid long lines.  It is expensive, no doubt; however, time is money and our purchase was worth it.  Our wait on lines were less than 10 minutes, and we were able to ride each ride (offered) twice...Wow...It is worth it!!


Posted by La Reina Afro-Latina at 4:29 PM No comments: 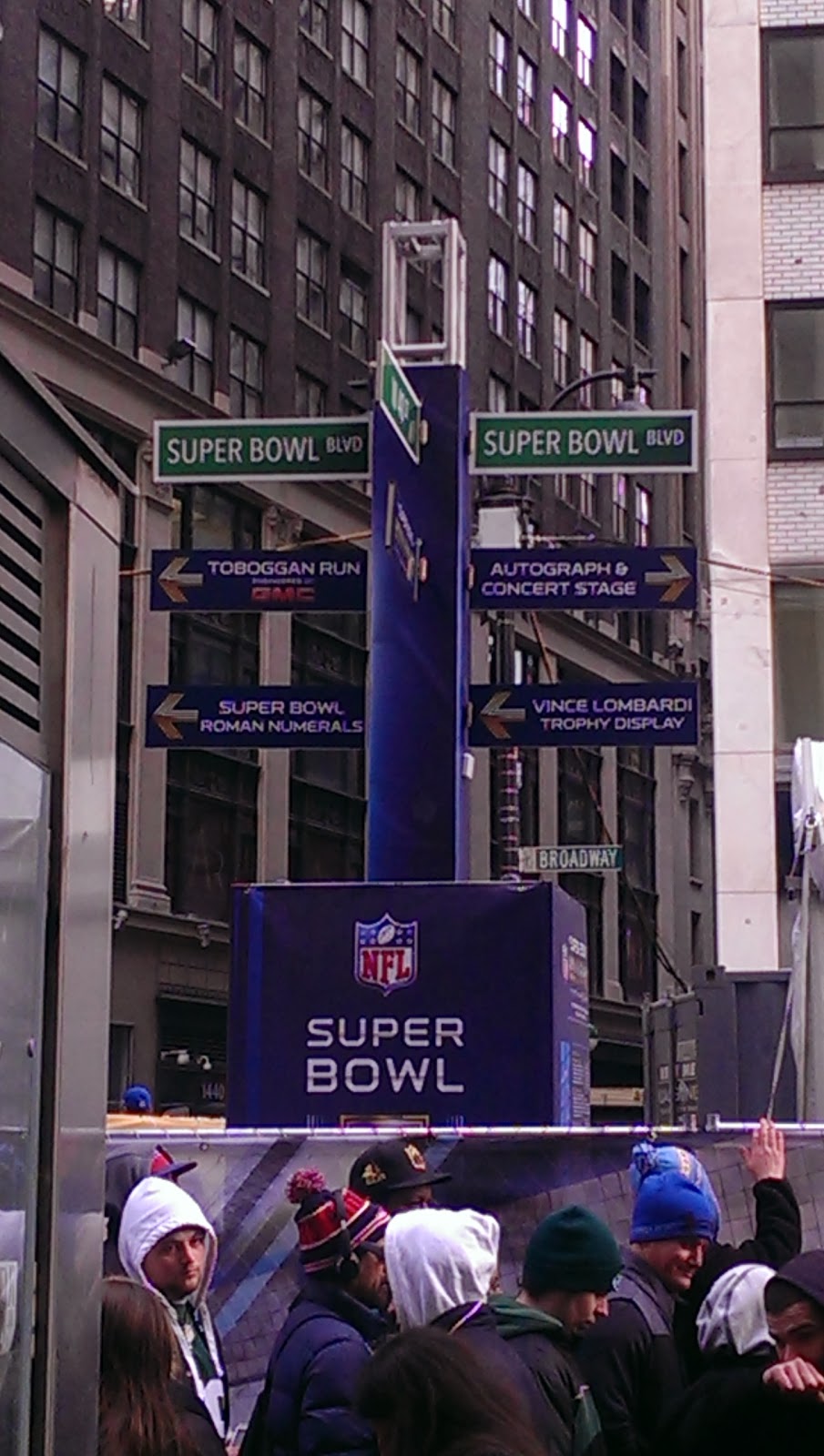 
I am a die-hard New Yorker so I was elated when I found out that the Big Apple was going to host for the first time in 48 years the Super Bowl.  My family and I visited Super Bowl Blvd  in Times Square on Saturday, February 1st, to partake in the festivities and excitement.  The city was packed with so many people in anticipation to this big historical event.  It was great to see New York City at its BEST!   It was hard to get around; however, it was a great experience for my family and I.  Congratulations to the Seattle Seahawks for winning Super Bowl XLVIII.  Although, the Seahawks were the underdogs, they played an outstanding game and crushed the Denver Broncos (43-8).  In summary, "With but few exceptions, it is always the underdog who wins through sheer willpower."~ 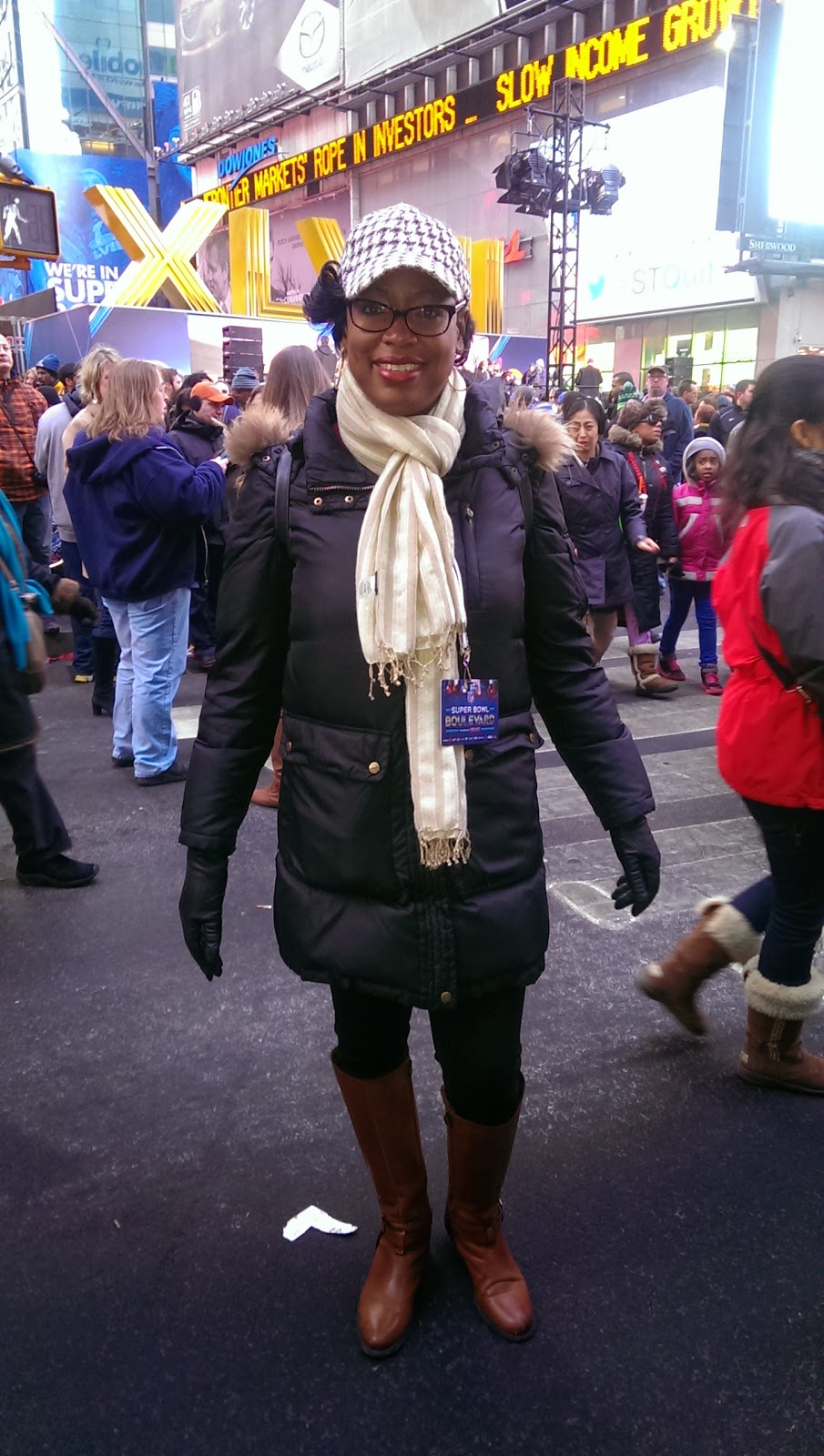 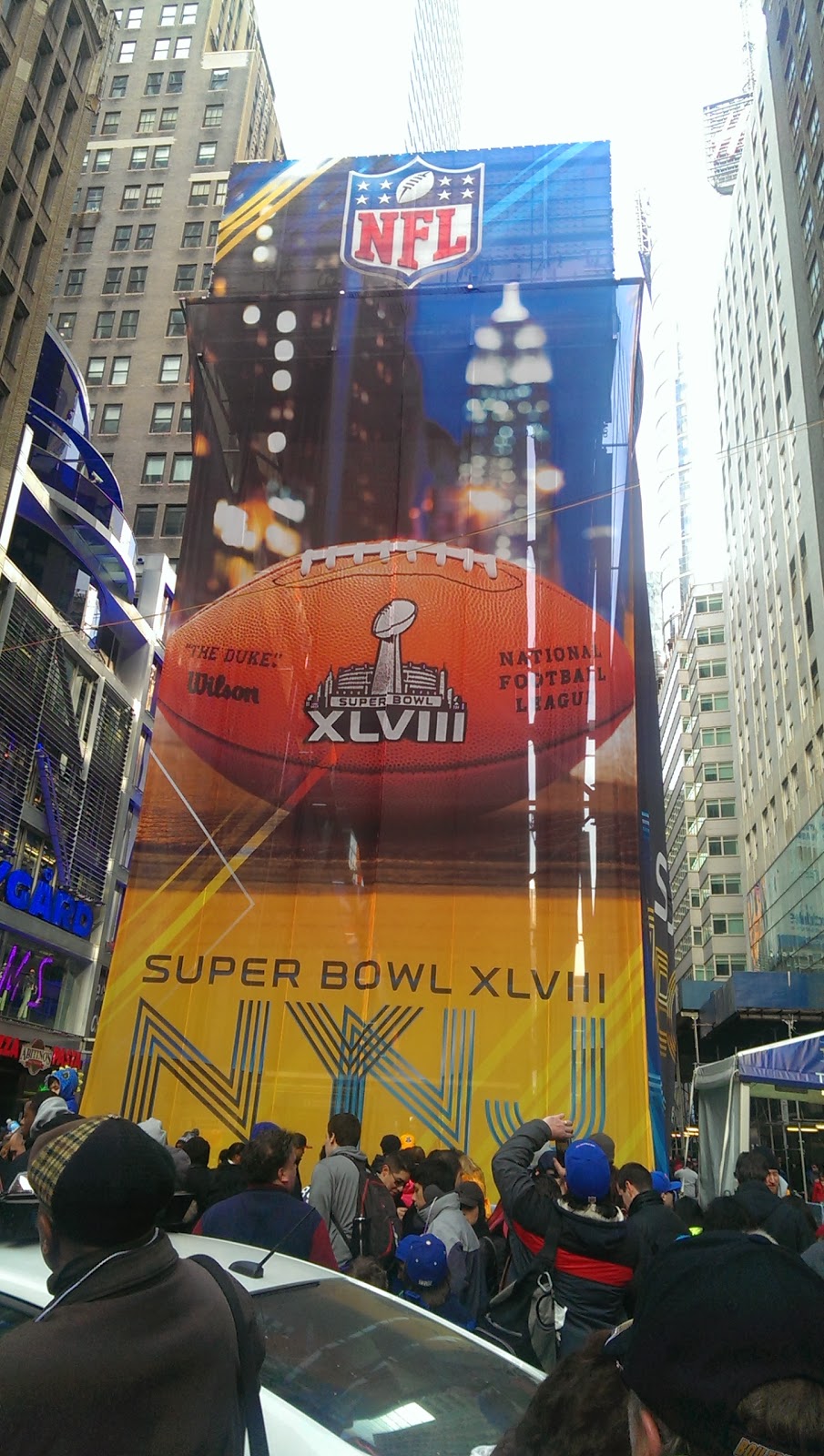 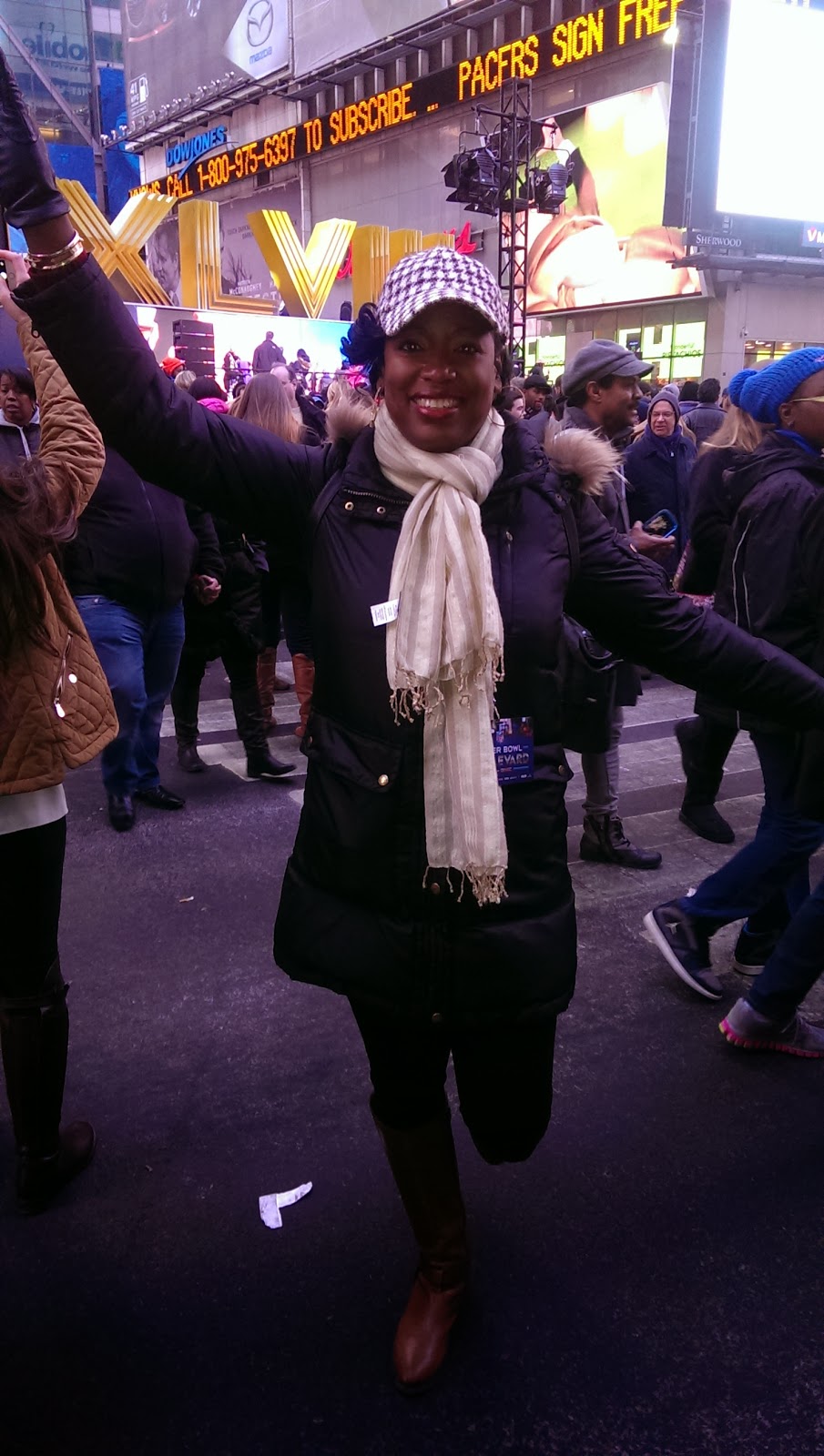 Posted by La Reina Afro-Latina at 10:22 PM No comments: